Odell Brewing puts out some pretty great beer. To prove it, this summer, they’re dropping new brews, distributing in cans, and showing off their skills with seasonals and a cellar series. Learn more about all the ways you can enjoy Odell: 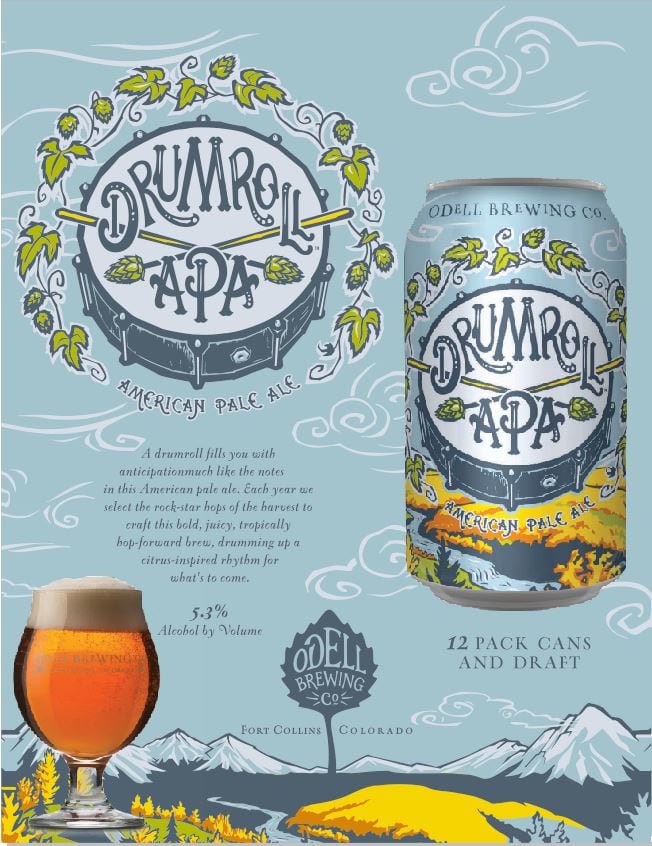 Drumroll
American Pale Ale
This bold, juicy, citrus-inspired and tropically hop forward APA looks and tastes like pineapple, orange, mango, and grapefruit. The complex fruit character is the result of the careful combination of our favorite current crop year hops with no fruit or juice addition necessary. 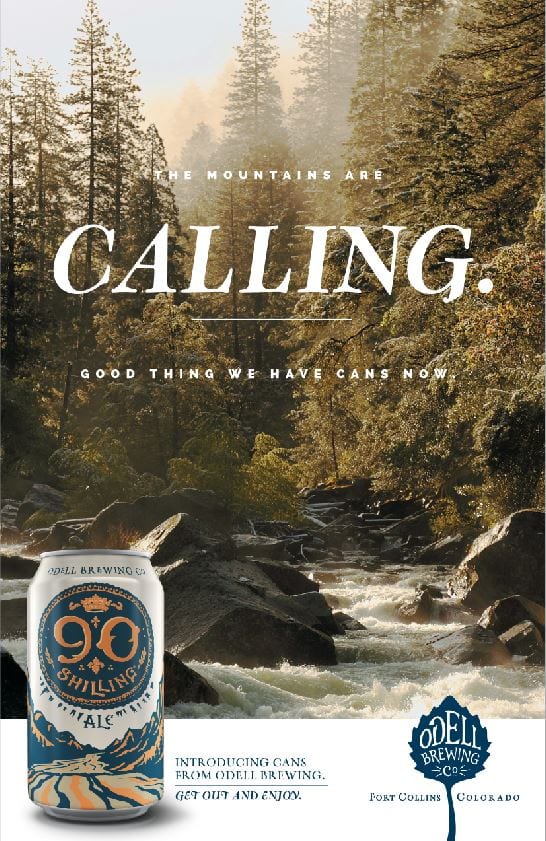 90 Shilling
90 Shilling is our smooth and complex flagship beer. A medium-bodied amber ale with a distinct burnishedcopper color and a deeply pleasant aroma. The name 90 Shilling comes from the Scottish method of taxing beer. Only the highest quality beers were taxed 90 Shillings. We think you’ll find this original ale brilliantly refreshing, and worth every Shilling. 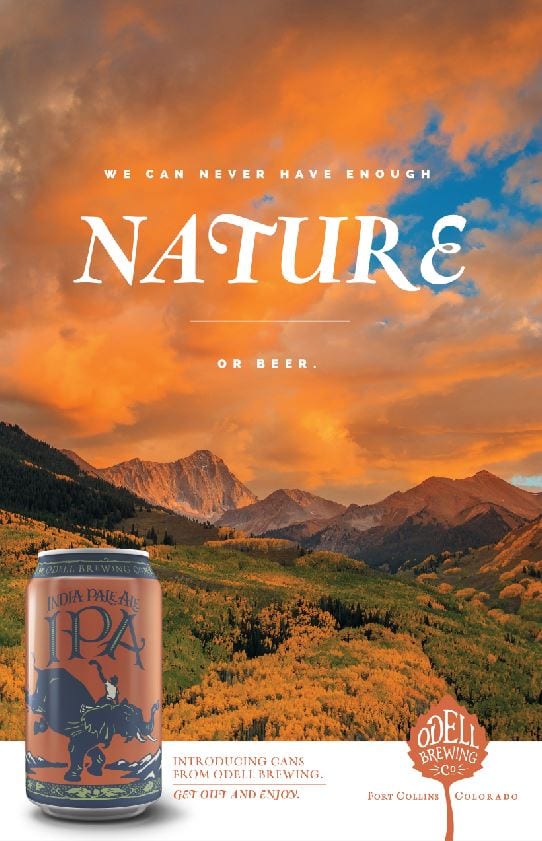 IPA
We took the traditional IPA, originally shipped from England to India in the 1700′s, and made it bolder and more flavorful—American Style. We added new varieties of highly aromatic American hops to create a distinctive bitterness profile and an incredible hop character.

Drumroll
Drumroll is an unfiltered American Pale Ale. A bold, juicy, citrus-inspired and tropically hop forward APA that looks and tastes like pineapple, orange, mango, and grapefruit. The complex fruit character is the result of the careful combination of our favorite current crop year hops with no fruit or juice addition necessary.

St. Lupulin
A mystical legend echoes in our brew house—that of St. Lupulin (loop-you-lin), the archetypal hophead. He devoted endless summers to endless rows of hops, tending to the flowers and the beloved resin within—lupulin. Extraordinary oils in this yellow resin provide this dry-hopped extra pale ale with an undeniably pleasing floral aroma and clean, crisp finish. One sip of this seasonal summer ale and you too will believe. 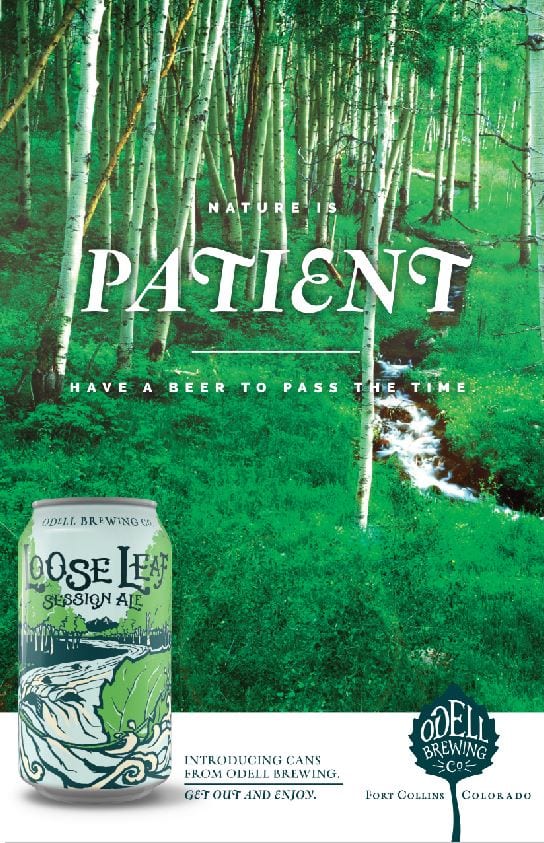 Loose Leaf
For those epic days that start with an idea, turn into a dare and end with a great story to tell. Loose Leaf is crisp and refreshing like any respectable session ale, but a bit more hop-forward and flavorful than some. It’s the perfect beer for going with the flow. 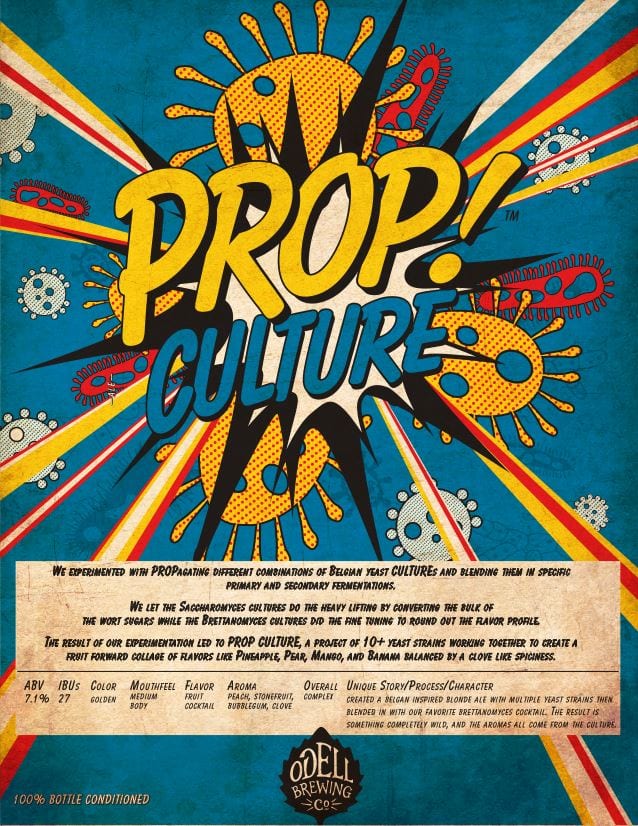 Prop Culture
We experimented with PROPagating different combinations of Belgian yeast CULTUREs and blending them in specific primary and secondary fermentations. We let the Saccharomyces cultures do the heavy lifting by converting the bulk of the wort sugars while the Brettanomyces cultures did the fine tuning to round out the flavor profile. The result of our experimentation led to PROP CULTURE, a project of 10+ yeast strains working together to create a fruit forward collage of flavors like pineapple, pear, mango, and banana balanced by a clove like spiciness. 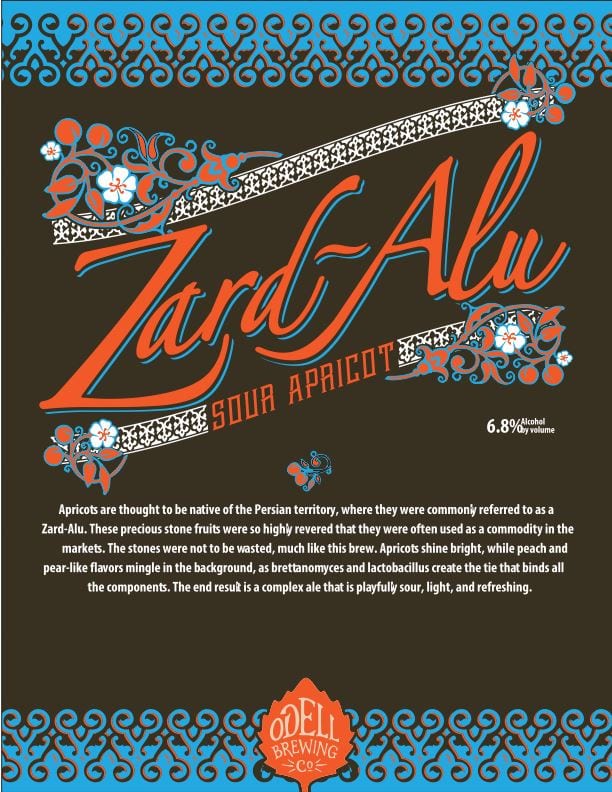 Zard-Alu
Apricots are thought to be native of the Persian territory, where they were commonly referred to as a Zard-Alu. These precious stone fruits were so highly revered that they were often used as a commodity in the markets. The stones were not to be wasted, much like this brew. Apricots shine bright, while peach and pear-like flavors mingle in the background, as Brettanomyces and Lactobacillus create the tie that binds all the components. The end result is a complex ale that is playfully sour, light, and refreshing. 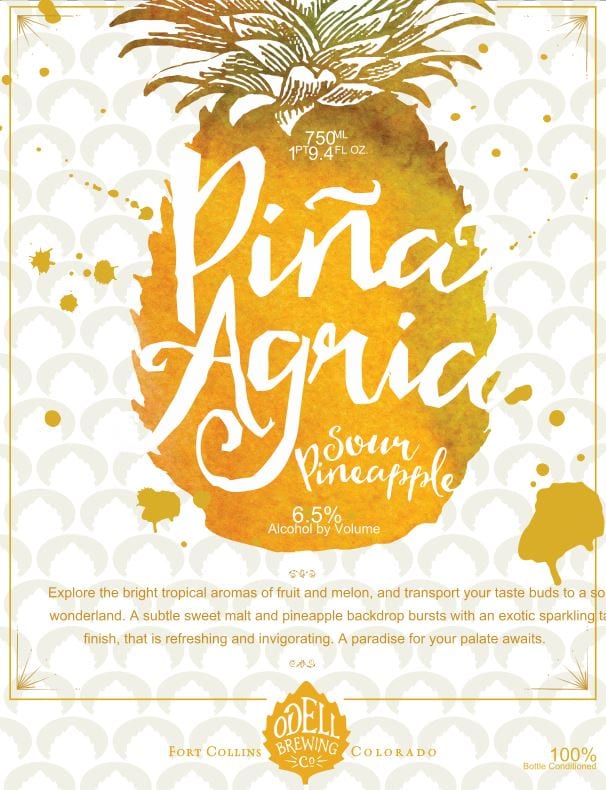 Pina Agria
Explore the bright tropical aromas of fruit and melon, and transport your taste buds to a sour wonderland. A subtle sweet malt and pineapple backdrop bursts with an exotic sparkling tart finish that is refreshing and invigorating. A paradise for your palate awaits. 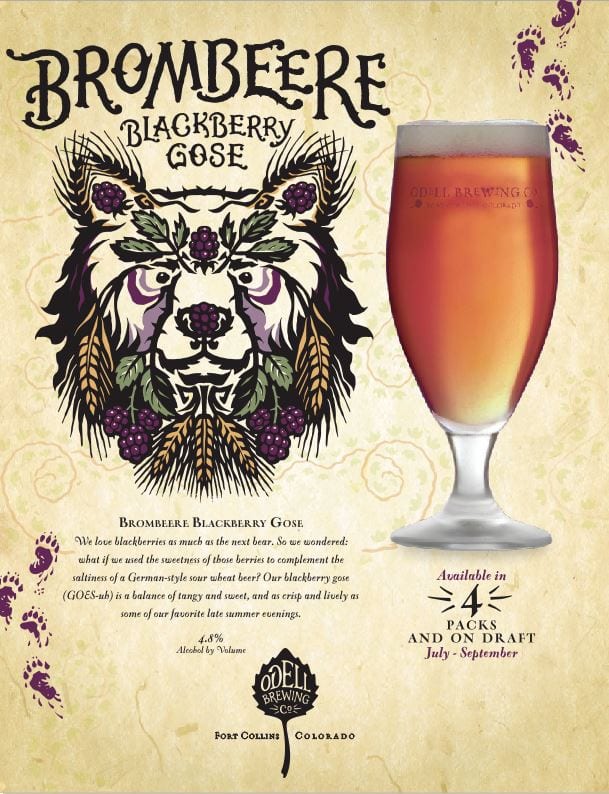 Brombeere
We love blackberries as much as the next bear. So we wondered: what if we used the sweetness of those berries to complement the saltiness of a German-style sour wheat beer? Our blackberry gose (GOES-uh) is a balance of tangy and sweet, and as crisp and lively as some of our favorite late summer evenings.

Odell Brewing is now the 34th largest craft brewery in the country distributing beer to just 11 states and a small amount into the UK. While the brewery crafts a variety of beers, its roots are built on British styles. Innovation and creativity meet balance, consistency and quality in each brew.
This balance is a not just a philosophy for the beers Odell Brewing crafts, it’s a foundation for the company as a whole. The brewery’s managed growth strategy has created and fostered a culture of family and collaboration. In 2015, the Odell family founders sold the majority of the company to its co-workers (now co-owners) in a combined management buyout and ESOP.