Savage City Liquor has two unique locations – Marketplace Liquor located at 8200 County Rd 42 in Savage, and Savage Wine & Spirits located in the Savage Hy-Vee. We visited the Hy-Vee location and sat down with Stacy Schmidt, Director of Liquor Operations for the City of Savage, and Paul Petschl, Store Manager. The Hy-Vee location in Savage has been open for a year, and the Market Place location has been open about 18 years. They have been a municipal organization since 1937, it originally started with a bar in downtown called “Dan Patch” that was famous towards the end of prohibition, the bar operation has now ceased.

Tell us about your partnership with College City Beverage: 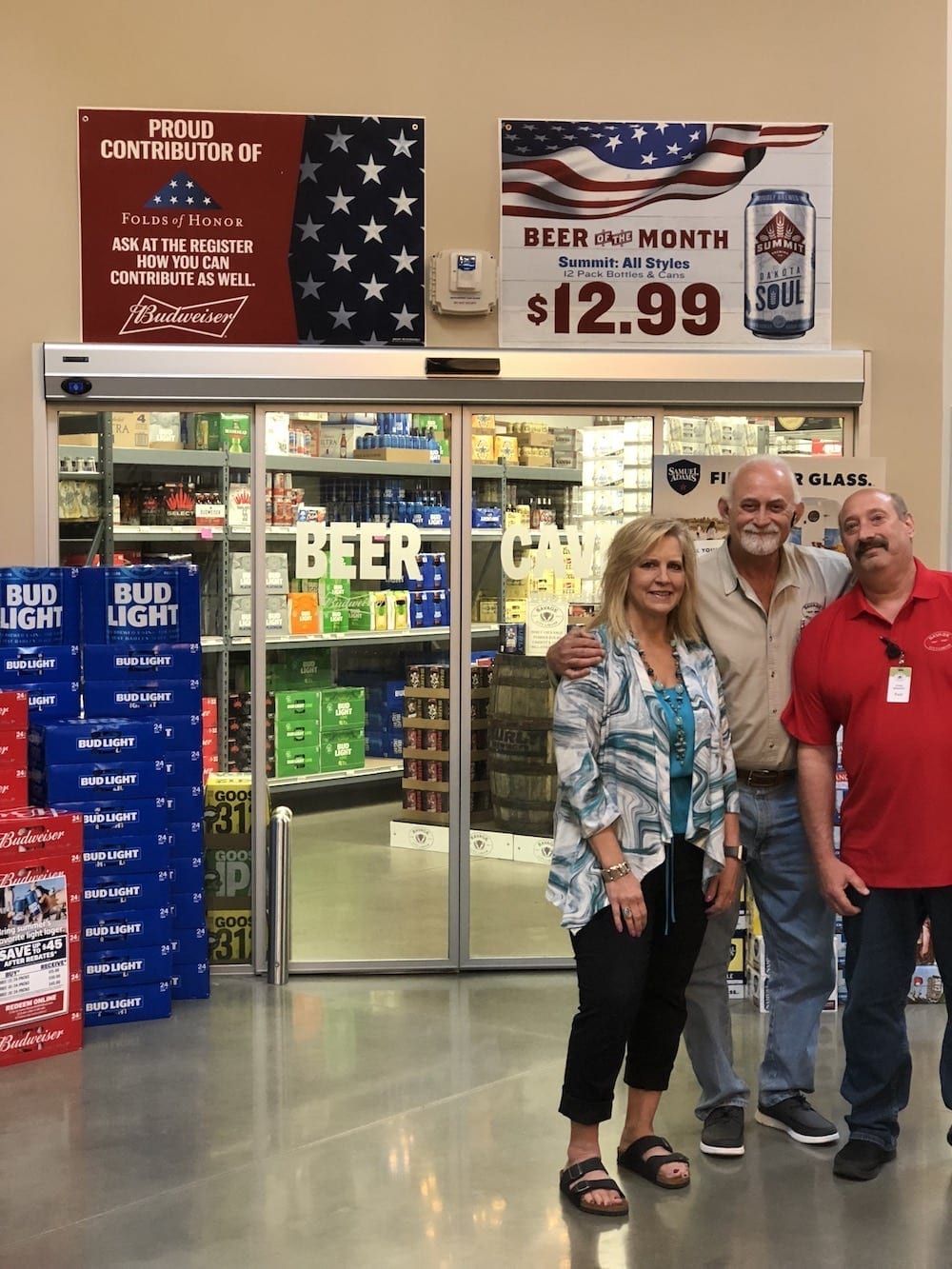 The city as a whole has been with CCB since they started. CCB has had them down to tour the facility which was top of the line. They are a great company, family oriented, and treat their employees well. Stacy has been with the city for six years and has worked with a couple different reps, their current rep being Ryan Sabyan, he handles everything for us.
Mike Liberty is, and always will be, our cooler reset guy. He helped us set up the beer cave in the Hy-Vee location like no other cave Hy-Vee has. With his help, we made sure we had handicap legal walkways in there, and we had a handicap accessible audit that we passed because of him and his forethought. Everybody there is just amazing.

We like Ryan. He goes out of his way, and that is what we remember. Ryan goes above and beyond. Recently, we had a root beer keg ordered and CCB delivery day is Friday. It went unnoticed that the keg had not been delivered, the situation was that our mayor had ordered this keg for Dan Patch days. We contacted Ryan who made sure it was in stock, picked it up, and hand delivered it to us the next morning, so crisis was averted. These guys work hard – Ryan runs his normal route and still makes time to help us set up displays like our Dan Patch Days corner. He say out and conducted tastings himself of all the great CCB product. He will even surprise us and come to spur of the moment tastings, sometimes not leaving our store till late after working a full.
When we do displays, Ryan will bring in his own personal property and sports memorabilia to spruce up the displays. Once he brought in a golf bag, and not just your typical golf bag. This was a top of the line bag that only a few would recognize. It made a great conversation piece. Some people even asked to purchase it. Other times he will bring in wooden shaft golf clubs, signed gloves from the Wild, his own personal jerseys. He really merchandises the product and sets up a great visual display.

What would you say is your best selling CCB distributed product: 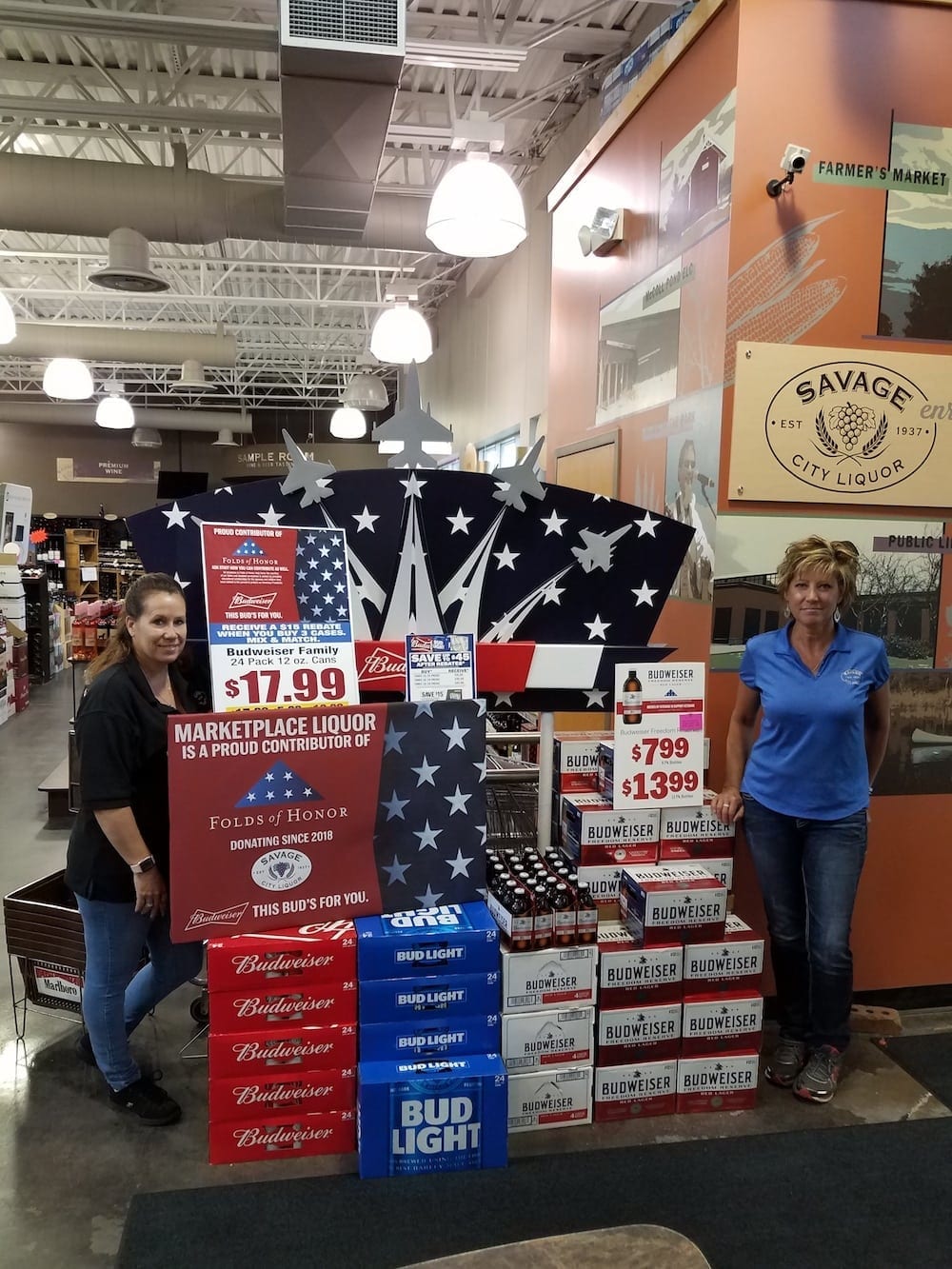 Tell us about your participation with the Folds of Honor program with CCB:

Ryan came to us and explained about this program they are doing, we heard it was about our military and we said “We’re all in, let’s give it a shot!” We got the backstory from Jon Pumper at CCB, who told us that this years scholarship will be given to a girl who’s father was killed in active-duty five years ago. When we share that with our customers, the reaction about the same “Stop, you’re going to make me cry”. We really want them to know it’s not just a donation to help the military, but that there is a deep backstory and really is heartwarming. Ryan got us the badges to sell at both store locations, so our staff can ask customers if they’d like to donate and explain the story to them. A lot people think it’s a great and wonderful thing and it has been well received in our community.
During our Dan Patch Days Craft Beer & Wine event, Ryan had a great idea – why don’t we hold a silent auction?  So while he was sampling delicious CCB products he was also conducting a silent auction. It was a great display, we had all these big signs about the Folds of Honor program up that are now hanging in our store, and he brought another poster we hung on the back of the tent. It went over really well.

The Folds of Honor donation window runs till the end of July. We are honored to be able to raise money for such a great cause and in conjunction with our family at CCB. 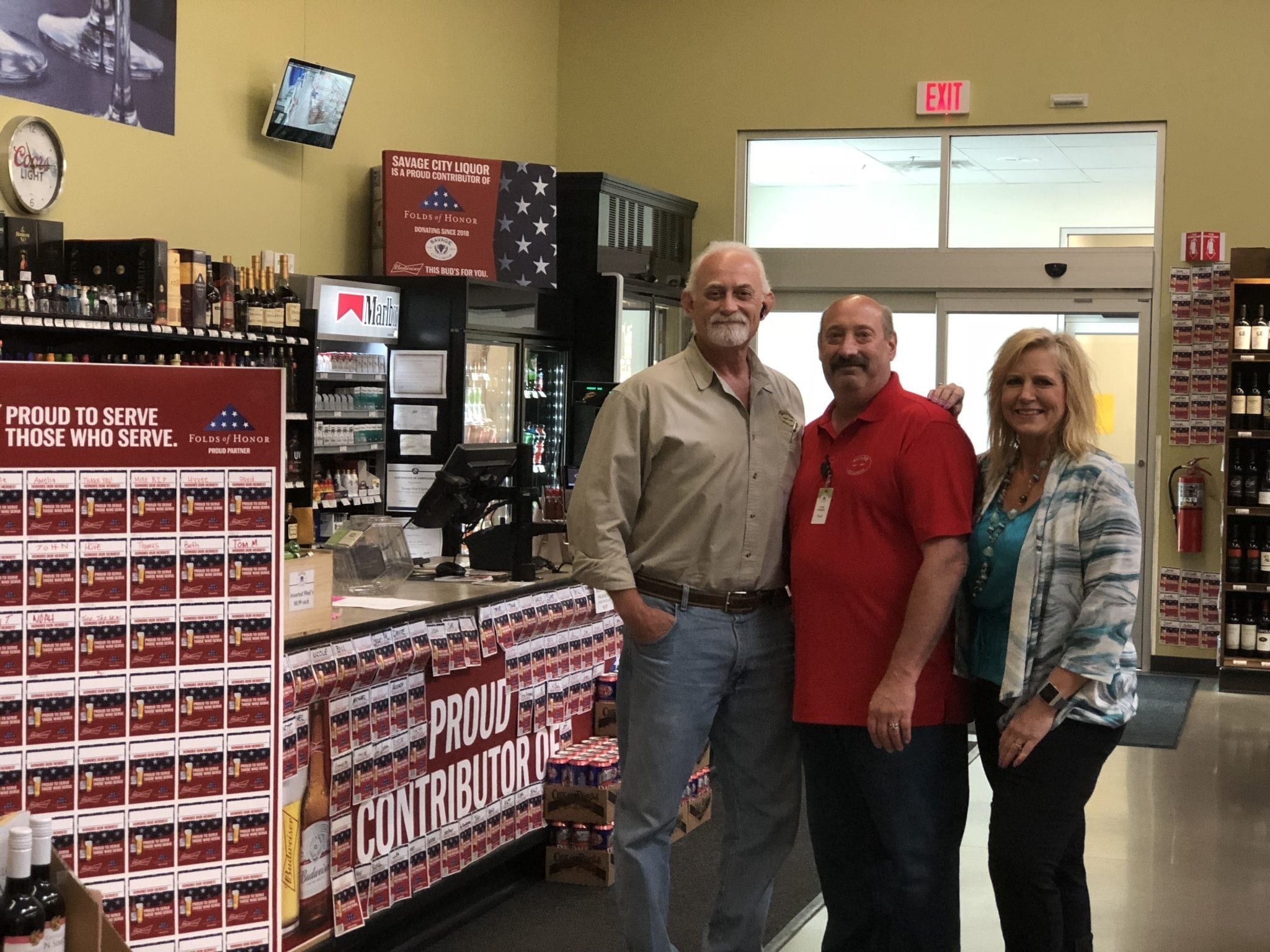