6
May
Posted by linelogic
Category:
No Comments 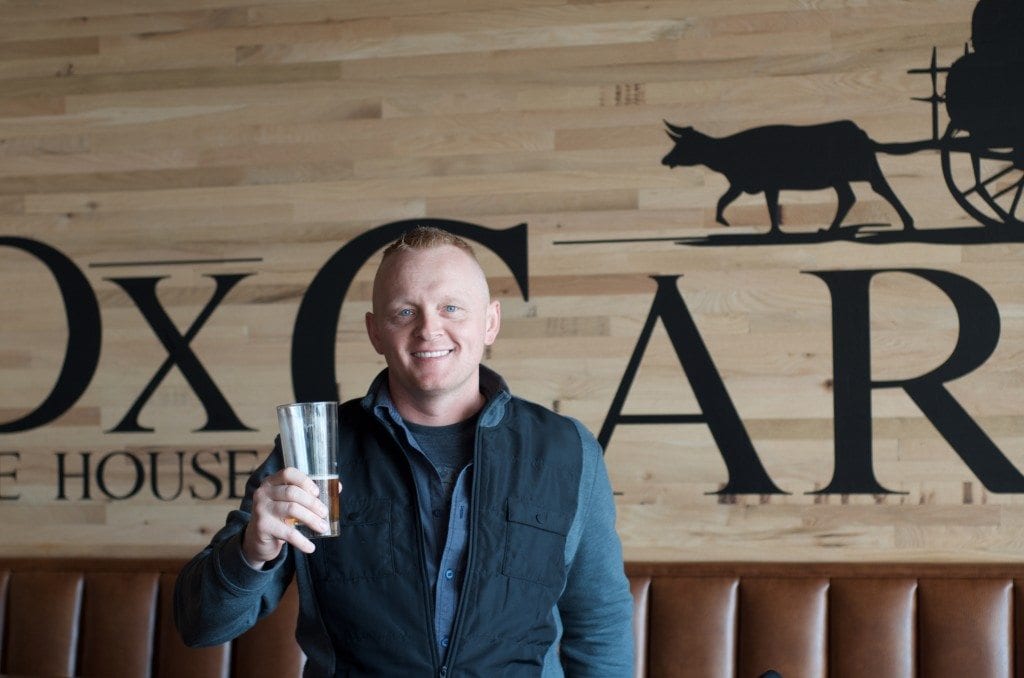 Nate Hausen has been in the beer industry for over a decade; experience tells him that craft beer is about a-ha moments, and great stories. Hausen’s a-ha moment took place when he helped launch the Stone brand for a distributor. Hausen reflects, “As an industry veteran, Stone raised the bar for me. When I first encountered the brand, I fell in love, and knew I wanted to be a part of it.”
Stone Brewing continues to impress Hausen, making him proud to represent the brand. What does he like about the company? “Honestly, everything. The culture is one important thing, but treating craft beer with respect and pushing the envelope is what got our company to where it is.”
For Stone, treating craft beer with respect means doing things their own way, while always doing them with integrity. This means they are committed to never selling out or buying new business. Hausen explains, “We make an awesome product, sell it to you at a fair price, and you can then sell it at a fair price. Everybody wins, and there’s a quality product for consumers.”
While Stone creates great beer, they still have to help sell it. To put it simply, Hausen’s job is to get high quality beer into the hands of consumers who will love it. Because Stone is a widely recognized craft beer brand, he aims to place specific beers rather than sell the brewery. “It’s my job to make the beer accessible to each account, and find the right fit for them,” Hausen elaborates. For example, an account with a gluten free menu might benefit from Stone Delicious, a gluten reduced brew.
Hausen’s job of sharing Stone beer with consumers is tied to the founding of Stone Brewing. He shares, “Greg [Koch] had an a-ha moment when he tried Anchor Steam and realized there’s more to beer than what he’d ever been sold before. He realized he wanted to be a part of craft beer. And, 20 years ago, the market was entirely different than it is now. He knows consumers have good taste, and they simply need to be exposed so they can make a great decision.”
Stone’s beer makes it easy for consumers to do what Koch wants for them–to choose craft beer. This starts with their strategies of getting the right flagship beer in each account, and extends to placing their special release beers. Hausen elaborates, “We brewed 18 special release beers last year, which come in smaller size kegs. We try to bring those to accounts that have a little more progressive beer drinkers and a high turnover. Those beers are the icing on the cake for us.” These special releases are a chance for Stone to push the envelope and allow their brewers to show off their talents. 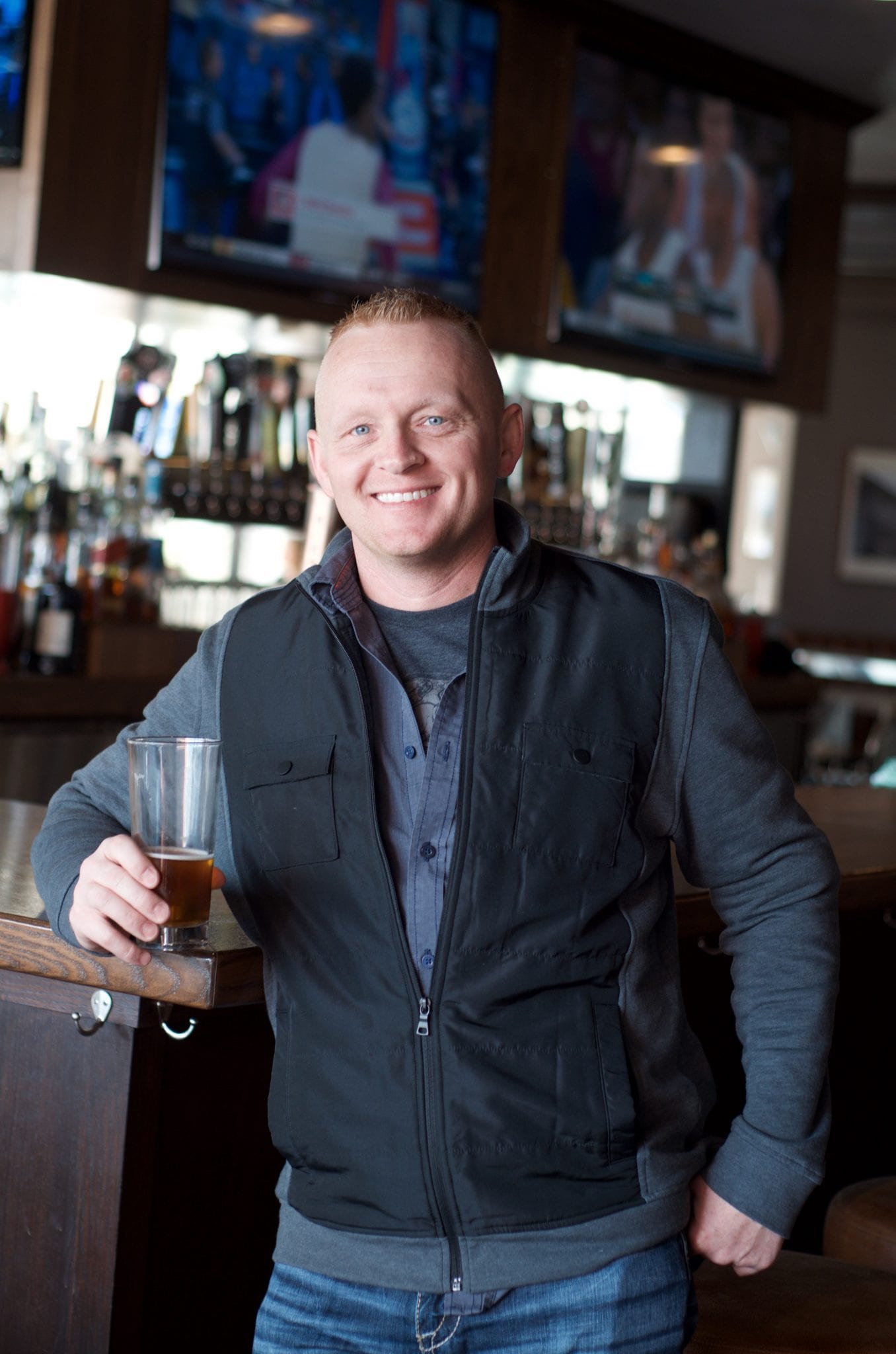 Another part of Hausen’s job is to work with distributors like College City Beverage, and we asked about the key characteristics in a successful relationship. “Open communication is the most important thing in the world,” he quickly responded. He also values a sense of urgency in communications. “I’m very fortunate that all the distributors I work with are all great about that,” says Hausen.
Why the urgency? Stone brews to order, which means they can give a distributor exactly what they want. “So, when a Purchase Order is due, it’s due. That deadline affects how we brew our beer and build our trucks.” says Hausen. “A part of open communication is connecting with my distributors very frequently. I know they have a lot on their plates, so I do my best to work with them and keep our communication lines open.”
When it comes to the non-working hours, Hausen says his go-to beer recommendation is Stone IPA. “It’s the beer that put us on the map, it’s our number 1 selling beer, and it’s the reason I work for the brewery. It’s the original West Coast IPA. As for non-Stone beer, I love a lot of breweries.  I really like Odell. They brew great beer and like us are extremely passionate about quality.”
If you are interested in sampling a bit of that beer for yourself, you can visit one of Stone’s breweries for a tour, which costs $1, and that money goes to a charity. They’ve been voted best brewery tour on the planet (as well as top brewery of all time, by Beer Advocate).
Perhaps a trip to Escondido doesn’t fit with your summer vacation plans. You can get a taste of their Arrogant Bastard brew, thanks to their “Arrogant Bastard Hits The Road” campaign. Hausen says most people don’t know it, but Stone has donated more than $3 Million to charity, partially made possible by this campaign. Stone gives the recipe for Arrogant Bastard to other breweries so the bastard can “crash on their couch.” Those breweries then brew the beer and sell it in-house only. One dollar from every pint sold is donated to charity.
If you are in College City Beverage’s distribution area, you have plenty to look forward to in terms of Stone beer. In addition to continuing their Enjoy By limited releases, Stone will also be releasing cans. There really will be no limits to how you can enjoy your Stone.
Hausen truly believes in not only the quality of Stone’s beer, but craft beer as a whole. “I believe there’s a beer for every single person that they will thoroughly enjoy; they just have to find it. If you can tell me what you like to eat on a daily basis, I will find you a beer that you like.”